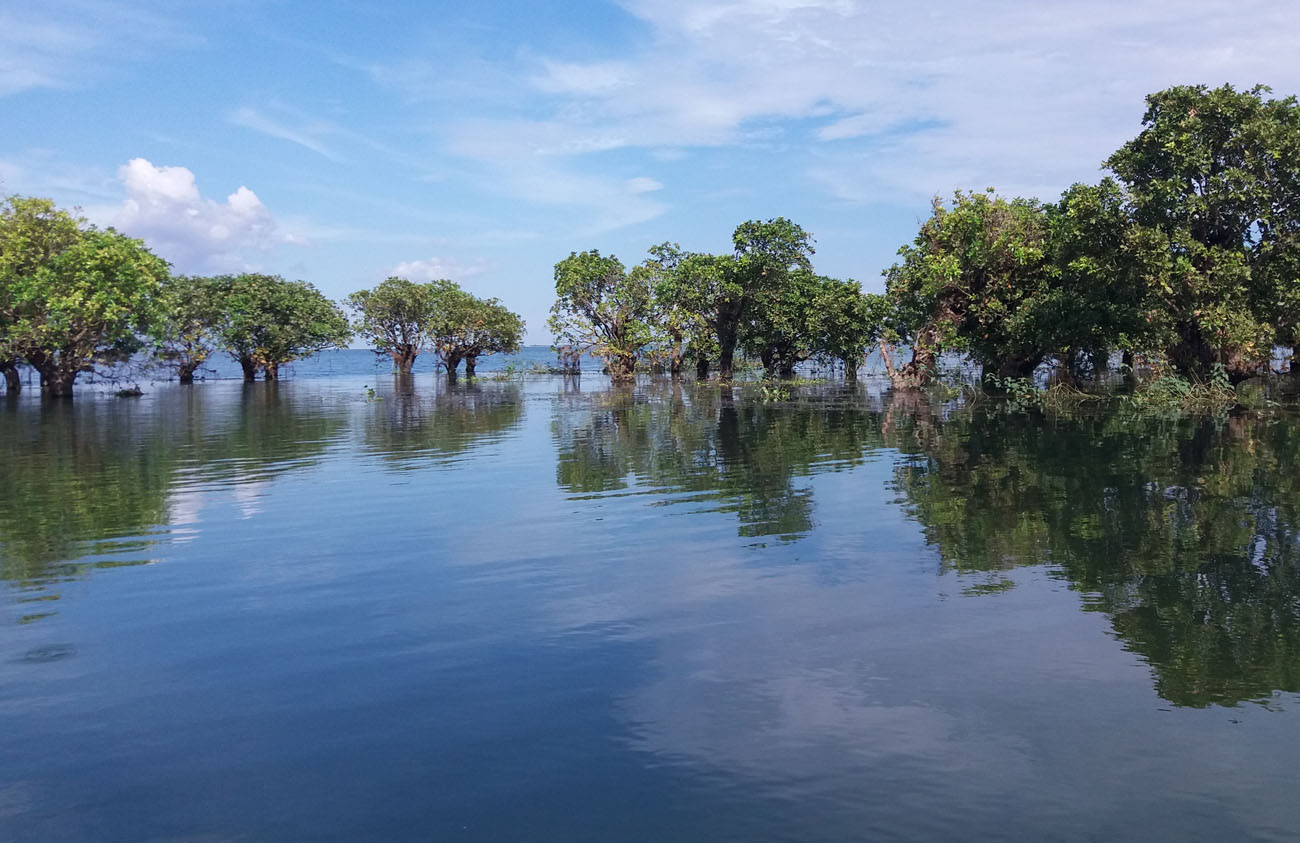 Location | Haors in the north-east of Bangladesh

What is the solution?

Haor region is located in the north-eastern part of Bangladesh. Haors are backwater swamps or bowl-shaped depressions between the natural levees of rivers made up of numerous beels or permanent water bodies. In winter, only these beels have water, while in monsoon, all beels get connected and turn into a huge waterbody often covering areas of several thousands of hectares. Even in the 1960s, haors were once covered with thick patches of freshwater swamp forests. Almost all these wetlands lost this fantastic feature over the 1970s and 1980s due to overexploitation.

Since the late 1990s, swamp forest restoration by locally raised seedlings and involving local communities was initiated in a range of wetland management projects, involving wide range of government agencies, donors, and NGOs.

Swamp forest restoration was initiated in Pangnar and Sanuar-Dakuar Haor and Hakaluki Haor during 2002–2005, under the Sustainable Environment Management Programme (SEMP) project, by IUCN and CNRS. In Pangnar and Sanuar-Dakuar Haor, a total of 101.41 hectares of mostly khas land (government-owned land) and ejmali land (community land) was planted with 287,220 mostly Hijol (Barringtonia acutangula) and Koroch (Pongamia pinnata) saplings (IUCN Bangladesh, 2005). In Hakaluki Haor, 146,093 saplings of swamp and other species were planted in 71.72 hectares of land also as block plantation. Detailed nursery and plantation technique were established (Choudhury and Faisal, 2005) and Village Committees established under the project and community people were engaged in these interventions. In this project, swamp plantations were divided into five blocks, one was left undisturbed for bird and wildlife and remaining four were harvested by pollarding, following standard protocol, e.g. four-year rotation. The benefit sharing ratio was: 60% was equally distributed to all households of a village, 25% was allocated to the reserved fund for the concerned Village Committee, and 15% was given to the landowner or the local government, as applicable.

Under the CBA-ECA project (2011−2015) of Department of Environment of Bangladesh (DoE, 2015), at six sites of Hakaluki Haor, 18,450 seedlings were planted in 17.29 hectares by NGO partner CNRS. Those were managed by seven Village Conversation Groups. The project has also supported small number of community guards to protect the plantation sites. Under Tanguar Haor Project (2006−2016), for increasing the vegetation coverage, a total of 125,000 hydrophilic plant, particularly Hijol and Koroch were transplanted on kanda (raised lands in haor) by IUCN and CNRS. Community guard protected the restored forests from illegal exploitation.

Swamp forest restoration improves overall wetland ecosystem, which has been heavily degraded in recent decades. Swamp forests reduce wave action and protect villages and assets against waves, which could be extremely devastating in monsoon.

Land tenure is one of the biggest challenges of swamp forest restoration. Recent studies suggested that these freshwater ecosystems are increasingly becoming vulnerable to climatic stress and swamp species like Hijol and Koroch may become extinct in predicted climate scenarios (Deb et al., 2016).

Government strategies, action plans, and polices are supportive of swamp forest restoration in the haor region. Since late 1990s, many projects have been implemented by the Government of Bangladesh under different environmental and development funding engaging NGOs as partners.